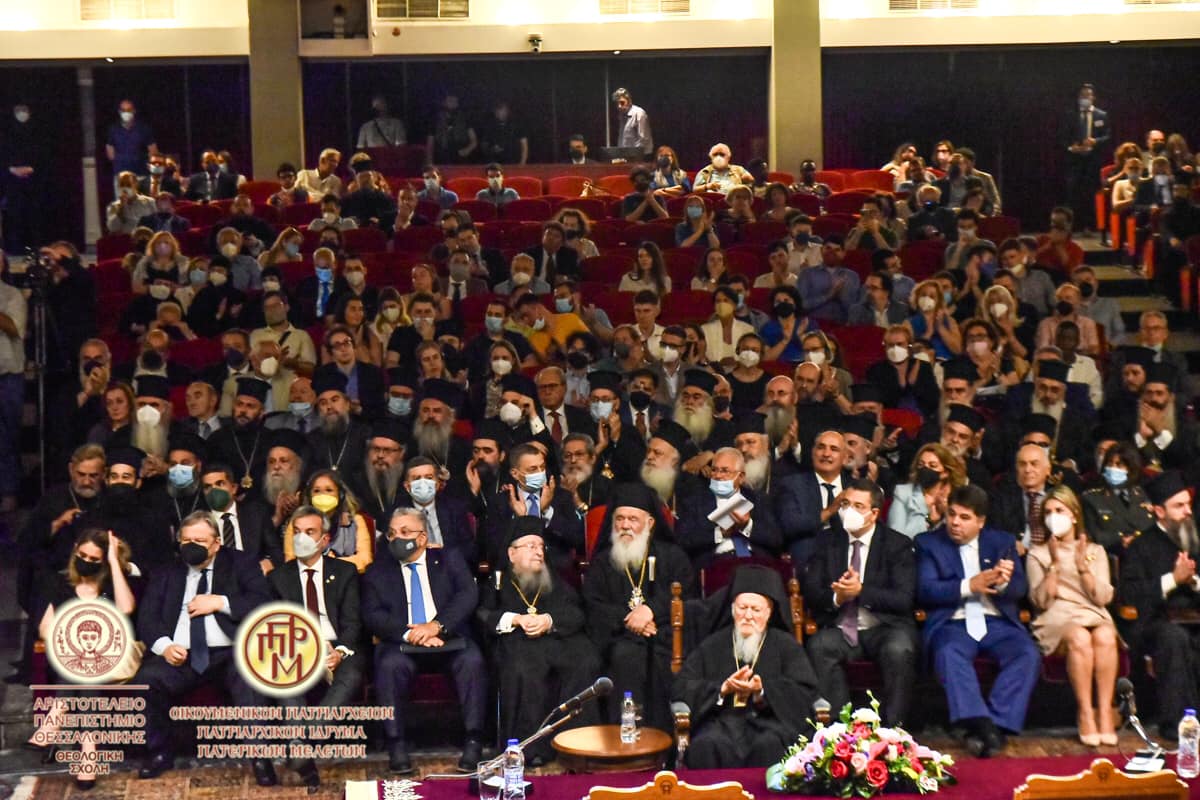 An International Conference honoring His All-Holiness Ecumenical Patriarch Bartholomew on the occasion of the thirty years of his patriarchal ministry took place in Thessaloniki on 26-29 May, 2022, organized by the Aristotle University of Thessaloniki and the Patriarchal Foundation of Patristic Studies. More than forty hierarchs, personalities and scholars from the Orthodox and other Christian Churches presented the various aspects of the rich and multi-disciplinary ministry of the patriarch. The last two sessions of the colloquium were devoted to inter-Christian and inter-religious dialogues. Speakers included His Grace Bishop Brian Farrell from the Pontifical Council for Promoting Christian Unity, the former Archbishop of Canterbury Rowan Williams, His Eminence Archbishop Angaelos from the Coptic Orthodox Church, founder of the Community of Sant’Egidio Mr. Andrea Riccardi, and Rabbi David Rosen who serves as the American Jewish Committee’s International Director of Interreligious Affairs.

In the inaugural address, Ecumenical Patriarch Bartholomew underlined that “Orthodox theology gives in the present the God-loving and philanthropic witness in front of the great contemporary challenges of technology, economy, environment, society, politics and culture” and stressed that “it is inconceivable to talk about faith and religion and not to refer to the role of religions in achieving and maintaining peace”. “And at the present time, we are concerned with the division of Christianity, the anthropological and moral confusion about the essentials of life among modern Christians, and how these will be overcome. We all owe it to ourselves to compete in the arena of ecumenical dialogue. It is the responsibility of the new generation to continue the efforts of the older ones and to justify their visions. The future belongs to the common Christian witness” said the Ecumenical Patriarch.