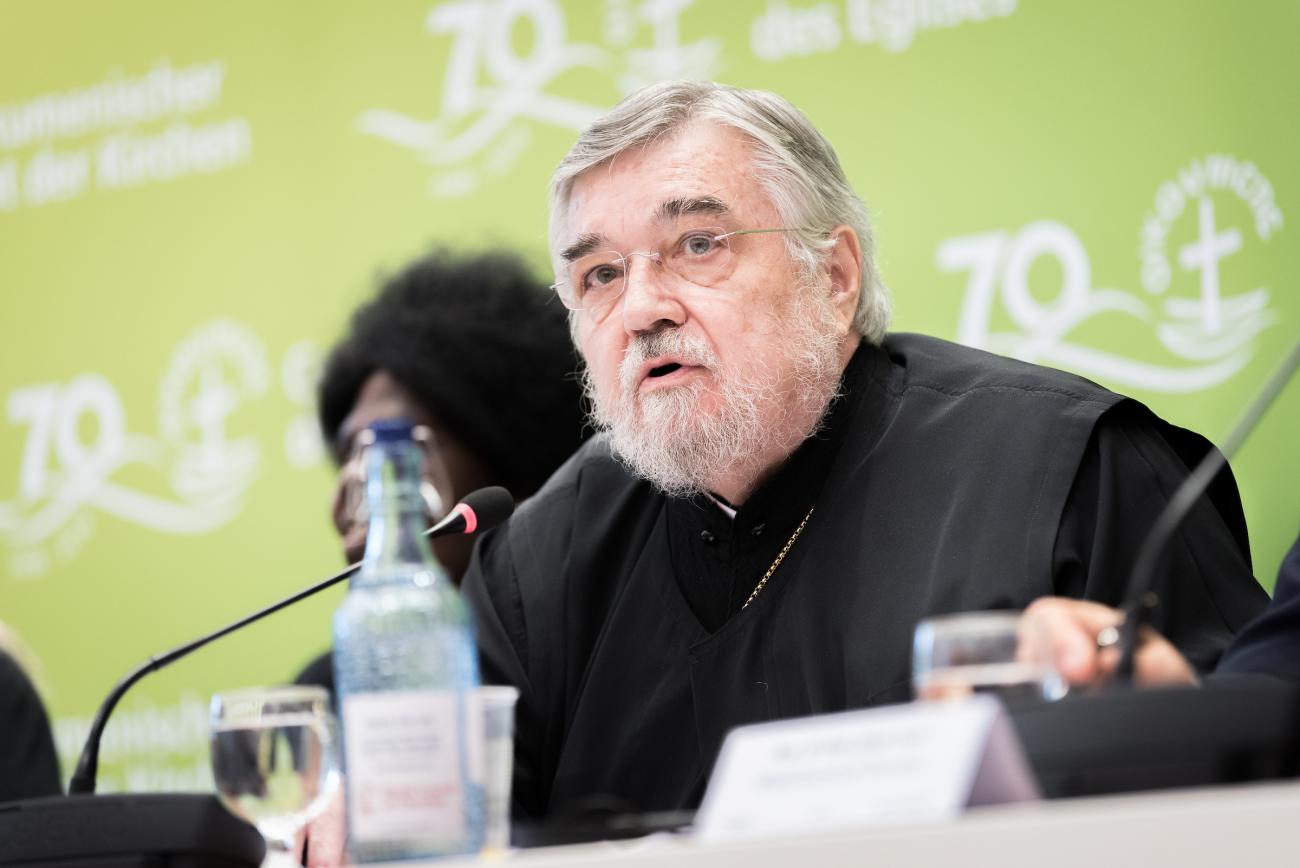 His Eminence Metropolitan Gennadios of Sassima, Vice-moderator of the World Council of Churches Central Committee, passed away on 1 June 2022 at the age of 70 years. Metropolitan Gennadios of blessed memory was recently hospitalized in Thessaloniki, where His All-Holiness Ecumenical Patriarch Bartholomew visited him during his last pastoral visit.

Metropolitan Gennadios Limouris was born on 27 July 1951 in Thessaloniki. He had studied at Saint Sergius Orthodox Theological Institute in Paris and hold a doctorate in Theology from the University of Strasbourg (France). He was a professor of Orthodox theology and canon law in various universities. He has been ordained bishop on 1 June 1997 at the Patriarchal church of Saint Georges at the Phanar.

His funeral took place on 3 June 2022 at the Holy Hermitage of Timios Prodromos of Akritochori  in Greece, where he was buried, in presence of Dr Agnes Abuom, WCC central committee moderator, who extended condolences to the Ecumenical Patriarchate and the wider ecumenical family.