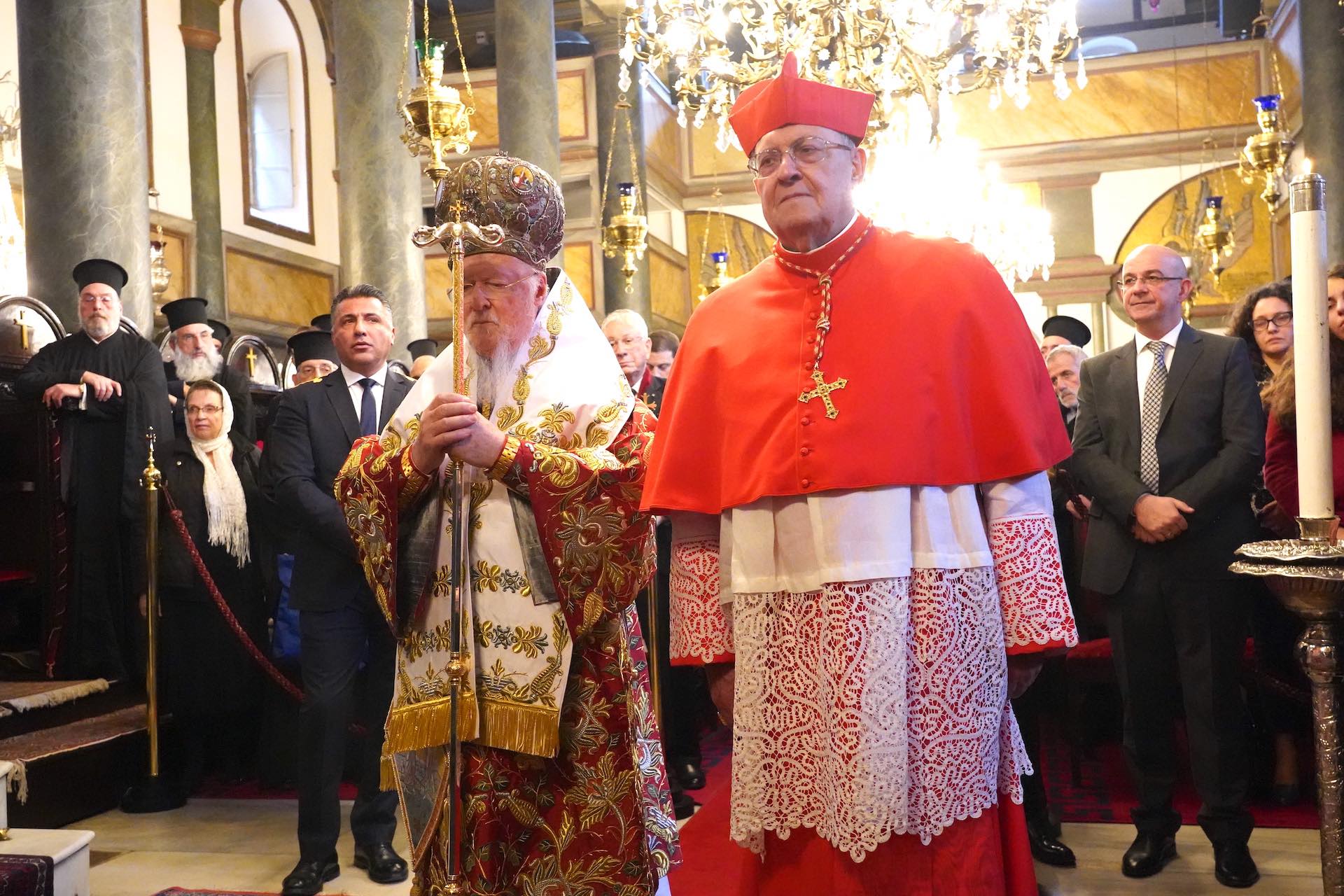 The Ecumenical Patriarchate honored the memory of its founder, the Holy Apostle Andrew the First-Called on 30 November 2022 with a solemn Divine Liturgy presided by His All-Holiness Ecumenical Patriarch Bartholomew in concelebration with their Eminences the Senior Metropolitan Apostolos of Derka and the Metropolitans Nikandros of Irinoupolis, Polykarpos of Italy, Isaia of Tamasos and Orini (Church of Cyprus), Stephanos of Kallipolis and Madytos, Elpidophoros of America, Gerasimos of Petra and Cheronissos, Kyrillos of Ierapetra and Sitian Vissarion of Spain and Portugal, Andrew of Saranta Ekklesies and Archbishop Agapitos of Vyshhorod (Church of Ukraine) in the Patriarchal Church of St. George, at the Phanar. The homily was preached by His Eminence Metropolitan Bartholomew of Smyrna.

The Divine Liturgy was attended by the official delegation of the Church of Rome headed by His Eminence Cardinal Leonardo Sandri, by His Eminence Archbishop Nektarios of Anthedon (Representative of the Patriarchate of Jerusalem), as well as by the Very Reverend Archimandrite Georgios Christodoulou (Chief Secretary of the Holy Synod of the Church of Greece), His Excellency Mr. Christodoulos Lazaris (Ambassador of Greece in Ankara), Mrs. Georgia Sultanopoulou (Consul General of Greece in the City), Mr. Roman Nedilskyi (Consul General of Ukraine in the City), as well as many clergy, monastics and faithful from the City and from abroad. 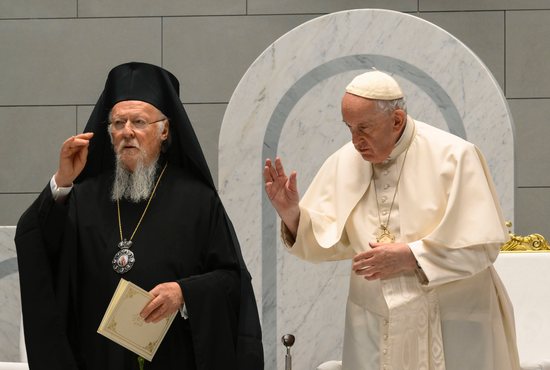 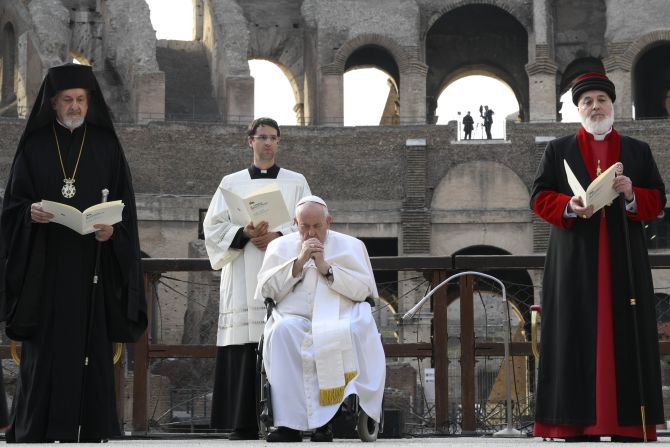 The International Meeting of Dialogue and Prayer for Peace among World Religions “The Cry For Peace” took place in Rome on 23-25 October 2022 under the initiative of the Community of Sant’Egidio. The meeting was held on two levels:

– The conference at the ‘La Nuvola’ Congress Centre in Rome, which opened in plenary on 23 October with the voices of great representatives of the political-institutional world: Andrea Riccardi, Italian President Sergio Mattarella, the French President Emmanuel Macron and Mohamed Bazoum from Niger, a key country in the fight against jihadism and the transit of migrants. These voices were echoed by those of religions: Cardinal Matteo Zuppi, the French rabbi Haim Korsia, the secretary of the Islamic World League, Al Issa, together with young witnesses to the tragedy of the war in Ukraine. On 24-25 October, a series of forums addressed highly relevant issues, such as the ecological question, migration, the value of saving lives, the war that challenges Europe, and more religious topics, such as prayer, the Word of God, and a common Easter, a crucial theme of ecumenical dialogue. Speakers included His Eminence Elder Metropolitan Emmanuel of Chalcedon from the Ecumenical Patriarchate.

– The ceremony of Prayer for Peace at the Colosseum on 25 October, with the presence of Pope Francis and representatives of world religions.

This event was not only born as a reaction to the current moment of war, but was also connected to a long history of commitment of Sant’Egidio for peace, as also signified by the 30th anniversary of peace in Mozambique, celebrated a few days ago. The current situation in the world, in fact, called for new ways of dialogue, in a common effort to imagine an alternative to the current scenario of war and build peace. 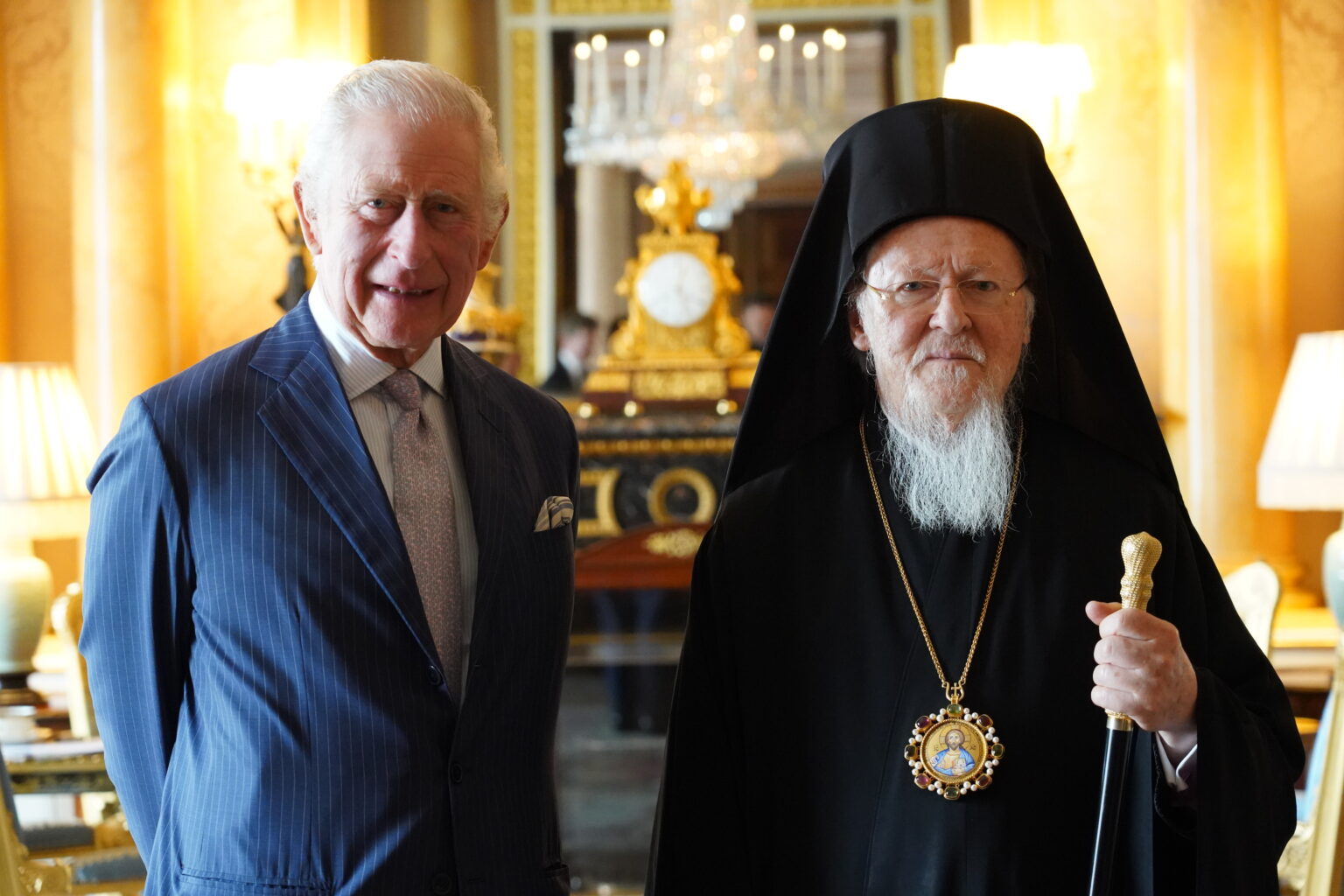 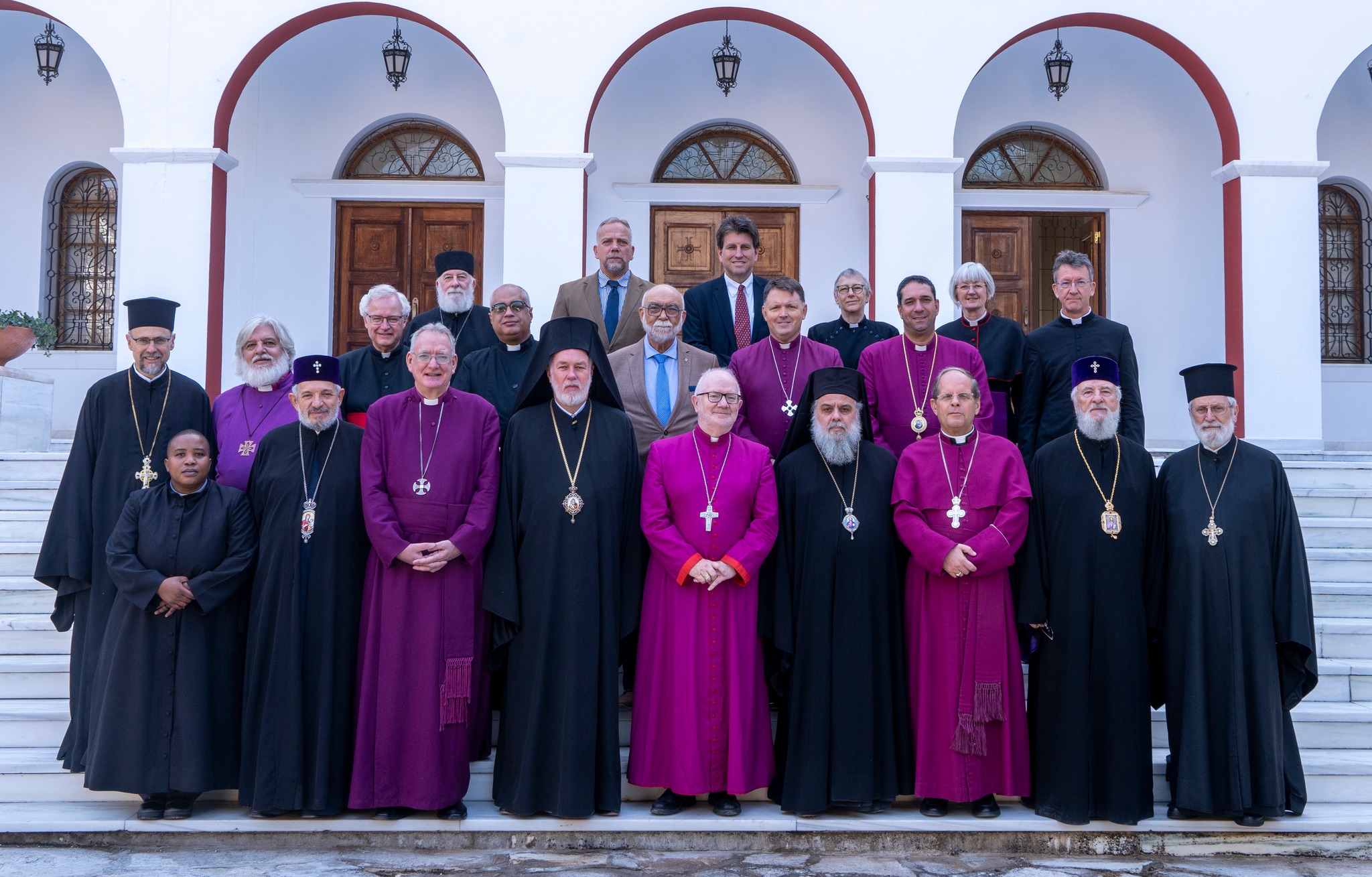 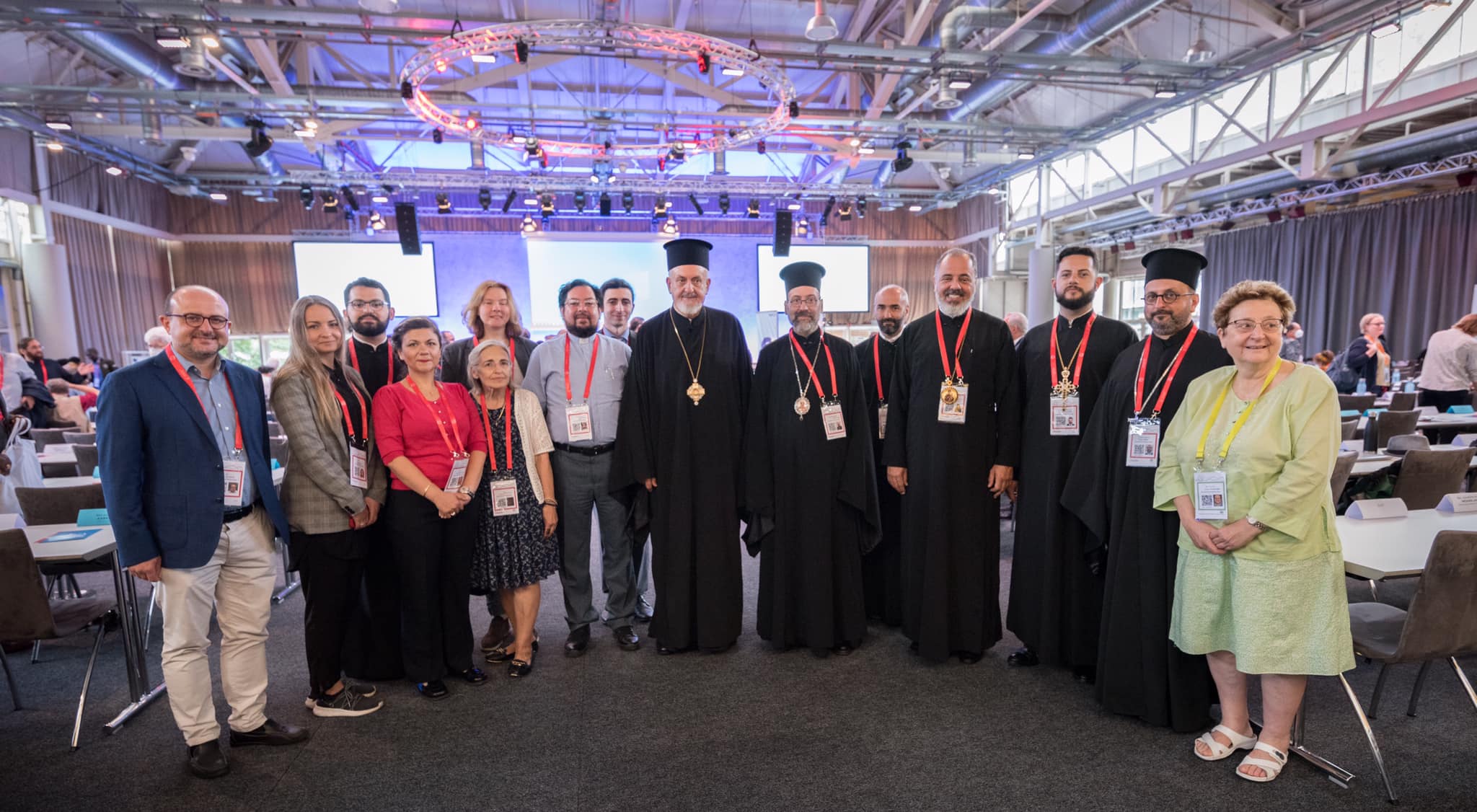 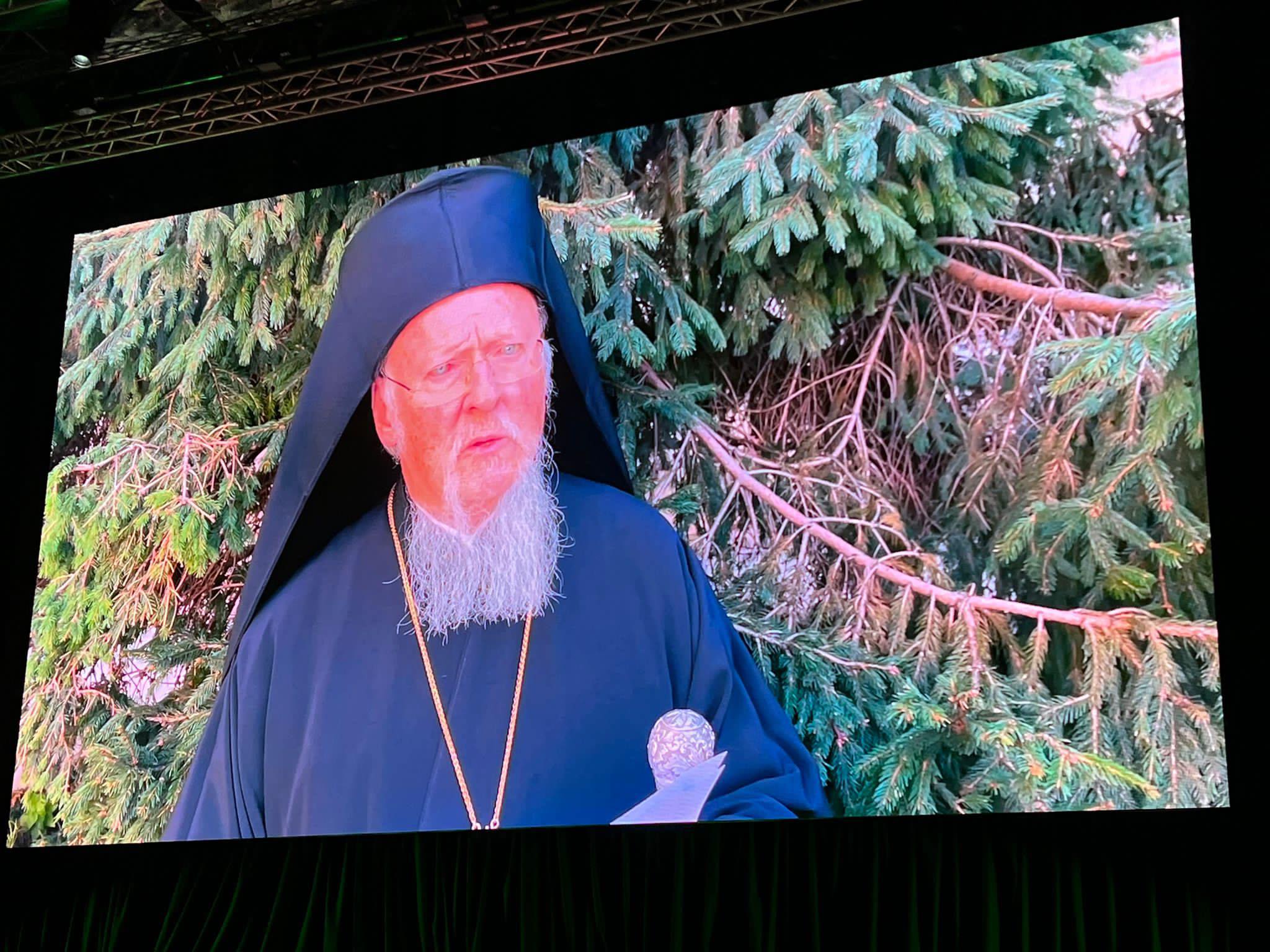 Distinguished organizers and delegates, Beloved participants and stewards of the 11th Assembly of the World Council of Churches, Dear friends, brothers and sisters,

One of the core beliefs and central teachings of Christianity through the centuries is the conviction that the light of Christ shines more brightly than any darkness in our hearts and in our world. We Christians affirm and declare that the joy of the resurrection radiates through and prevails over the suffering of the cross. This is what we maintain; this is what we preach; and this is what we proclaim to the whole world. Indeed, “if Christ had not been raised from the dead, then our message is meaningless and our faith is in vain” (1 Cor. 15.14). This is surely the underlying premise and focus of the theme of this assembly, which professes that “Christ’s love moves the world to reconciliation and unity.”

Yet, even as we look around, we are obliged to confess that we have not practiced – and continue to fall short of – what we have preached over twenty centuries. How can we reconcile our magnificent faith with our manifest failure?

The answer lies in the scriptural passage for this morning’s plenary, which takes place on September 1st, the day that Orthodox Christians since 1989 have dedicated to praying for the protection of God’s gift of creation and when Christians of all confessions and communions commit to advancing the ministry of creation care. In the Letter to the Colossians (1, 19–20), we read that: “In Christ all the fullness of God was pleased to dwell and through him to reconcile to himself all things, whether in heaven or on earth, making peace by the blood of the cross”. 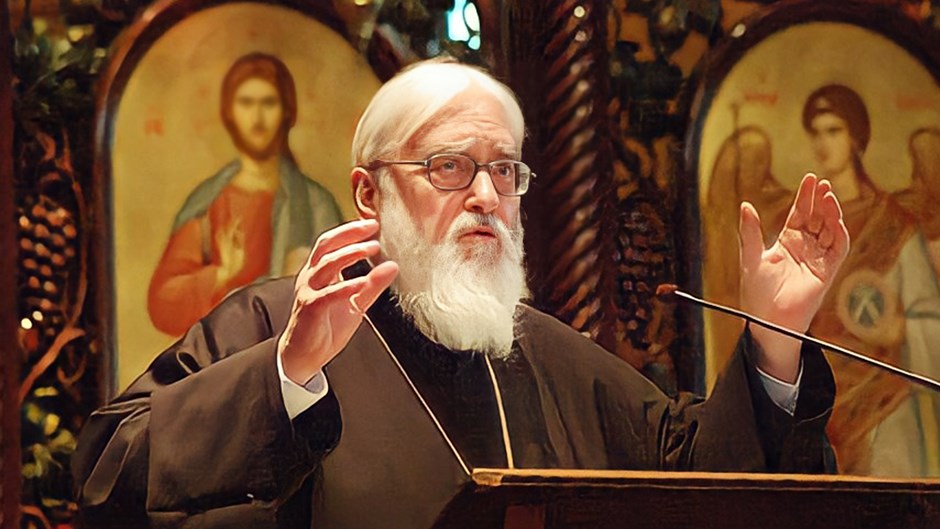 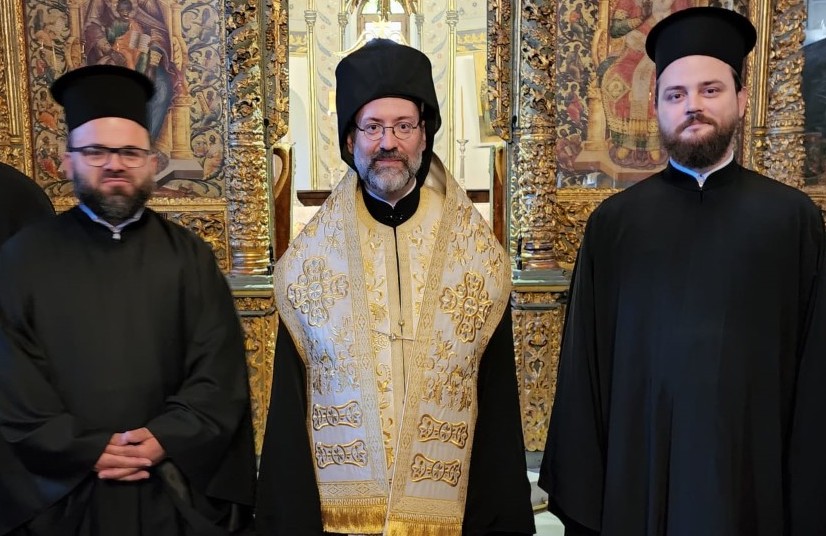 About fifty people met in Sankt-Niklausen, homeland of Nicolas de Flue, in the center of Bethanien, for the 38th “International and Interfaith Meeting of religious men and women” (EIIR), from July 6 to 12, 2022. This year marked the jubilee of this ecumenical association which changed its name. From now on it will be called “Synaxis”. On this occasion a richly illustrated book was published, tracing its history, with some key conferences.

To reflect on this year’s theme, “the consecrated life at the service of Christian Unity”, several lectures were given, among others, by Fr. Hyacinthe Destivelle (Vatican), Archbishop Job of Telmessos (Ecumenical Patriarchate), Sister Anne-Emmanuelle of Grandchamp, Mother Gabriela of Romanian monastery of Voronets, Dom Michel Van Parys (Chevetogne), Fr. Claude Ducarroz, Fr. Guido Vergauen (Institute for Ecumenical Studies, Fribourg) and Pastor Jean-Philippe Calame (Evangelical Reformed Church of Neuchâtel). Among the Orthodox participants there was also Metropolitan Athenagoras of Belgium (president of the EIIR), Metropolitan Seraphim from the Orthodox Church of Romania in Germany, and Fathers Philadelphos Kafalis and Emilianos Chatzivasiliou from the Holy Metropolis of Belgium.

The conference was also an opportunity to remember the founders of these meetings: the Orthodox Metropolitan Emilianos Timiadis (Ecumenical Patriarchate) and Father Julian Garcia Hernando, Spanish Catholic. Their meeting was decisive and the result was the creation of “Encuentro International e Interconfesional de Religiosas y de Religiosos” (EIIR) where they linked deep friendships with communities across Europe. The importance of religious life for Christian unity had clearly become a priority for them.