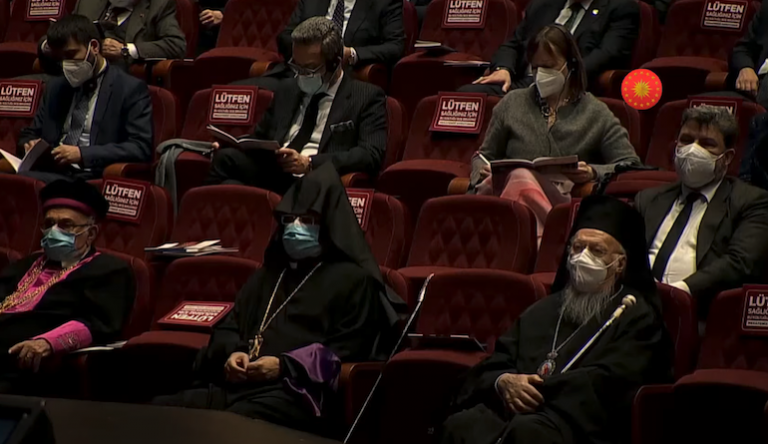 Responding to the invitation of the Presidency of the Republic of Turkey, Ecumenical Patriarch Bartholomew visited Ankara on 2 March 2021, where he attended a meeting held at the Presidential Palace. President Recep Tayyip Erdoğan presented to a large audience, composed of politicians, diplomats, representatives of religious communities and minorities, judges of the supreme jurisdiction, academics and other personalities, a series of political reforms under the title “Program of action for human rights”. During the presentation, the President warmly greeted the Ecumenical Patriarch and other personalities, as well as representatives of religious communities. The President also sent his greetings to the Patriarch on his birthday and presented him with a symbolic present. The Patriarch was accompanied by the Very Reverend Archimandrite Joachim Billis, Chief Secretary of the Holy and Sacred Synod of the Ecumenical Patriarchate.