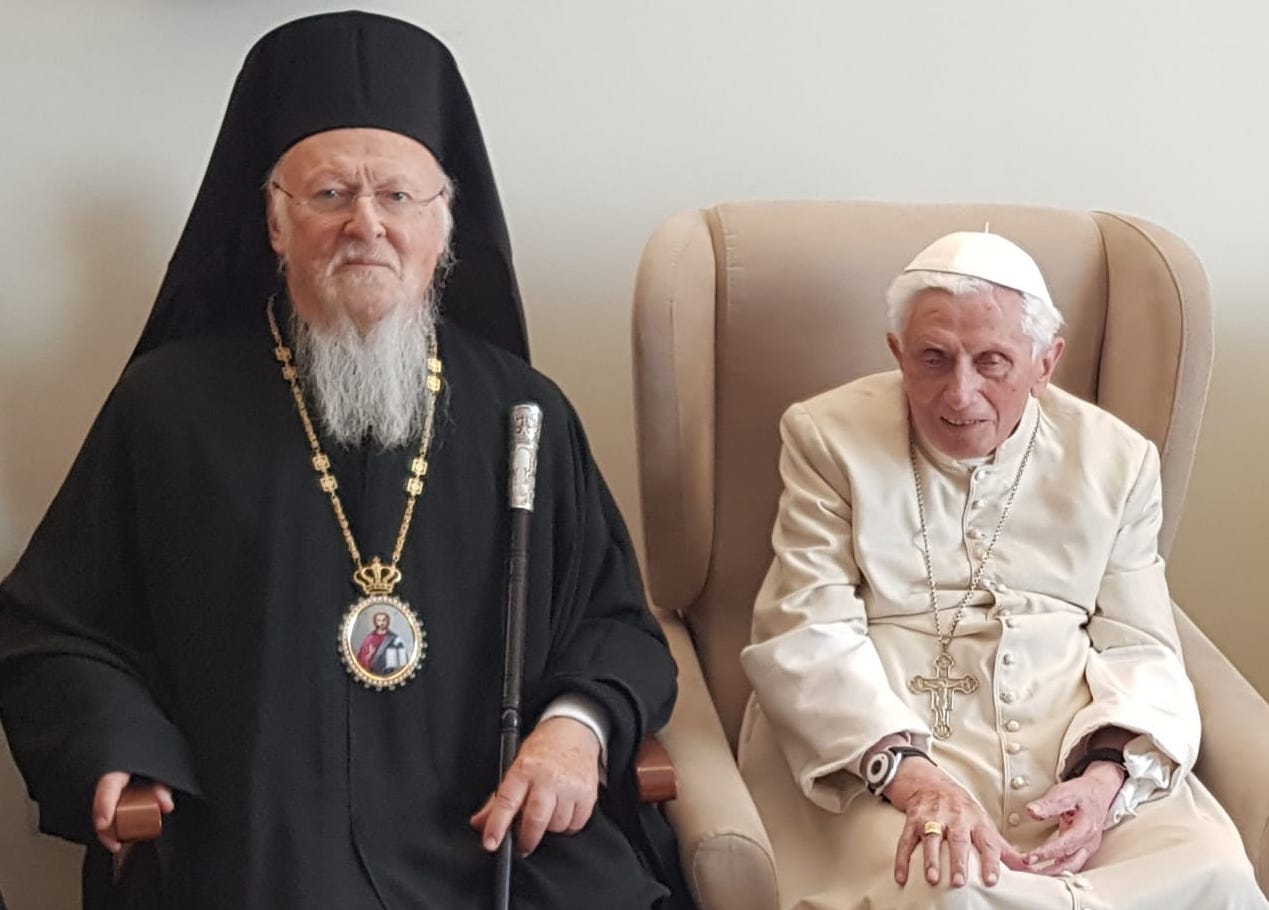 It is with great sadness that as this year draws to a close and in anticipation of welcoming the New Year, we also bid farewell to Your direct predecessor on Saint Peter’s Throne of the Sister Church of Rome. We, therefore, offer to You, dear Brother, and to the entire Catholic Church the condolences of the Holy and Great Church of Constantinople, her hierarchs, and our personal commiserations in light of this loss.

While we know that our Brother, Pope Benedict XVI, suffered for the last few years, we acknowledge that he lived a full life, complete with both difficulties and countless blessings. However, his memorable contributions not only to Your Church, but in academia – being one of the greatest theologians of the 20thcentury – and in building bridges –evident in his commitment to dialogue, especially with the Orthodox Church – will undeniably leave their mark in history. Relatedly, we sincerely valued his visit to our Sacred Centre here at the Phanar in 2006 and cherished our numerous visits to him at the Vatican.

Once again, in fondly remembering this significant figure, we pray to the “God of all spirits and flesh, Who has trodden down death, destroying the power of the devil, bestowing life on Your world,” to grant eternal rest to his soul where the just repose.

Requiescat in pace! May his memory be eternal! Αἰωνία ἡ μνήμη!

At the Ecumenical Patriarchate, the 31st of December 2022

Fraternally Yours in the Lord,