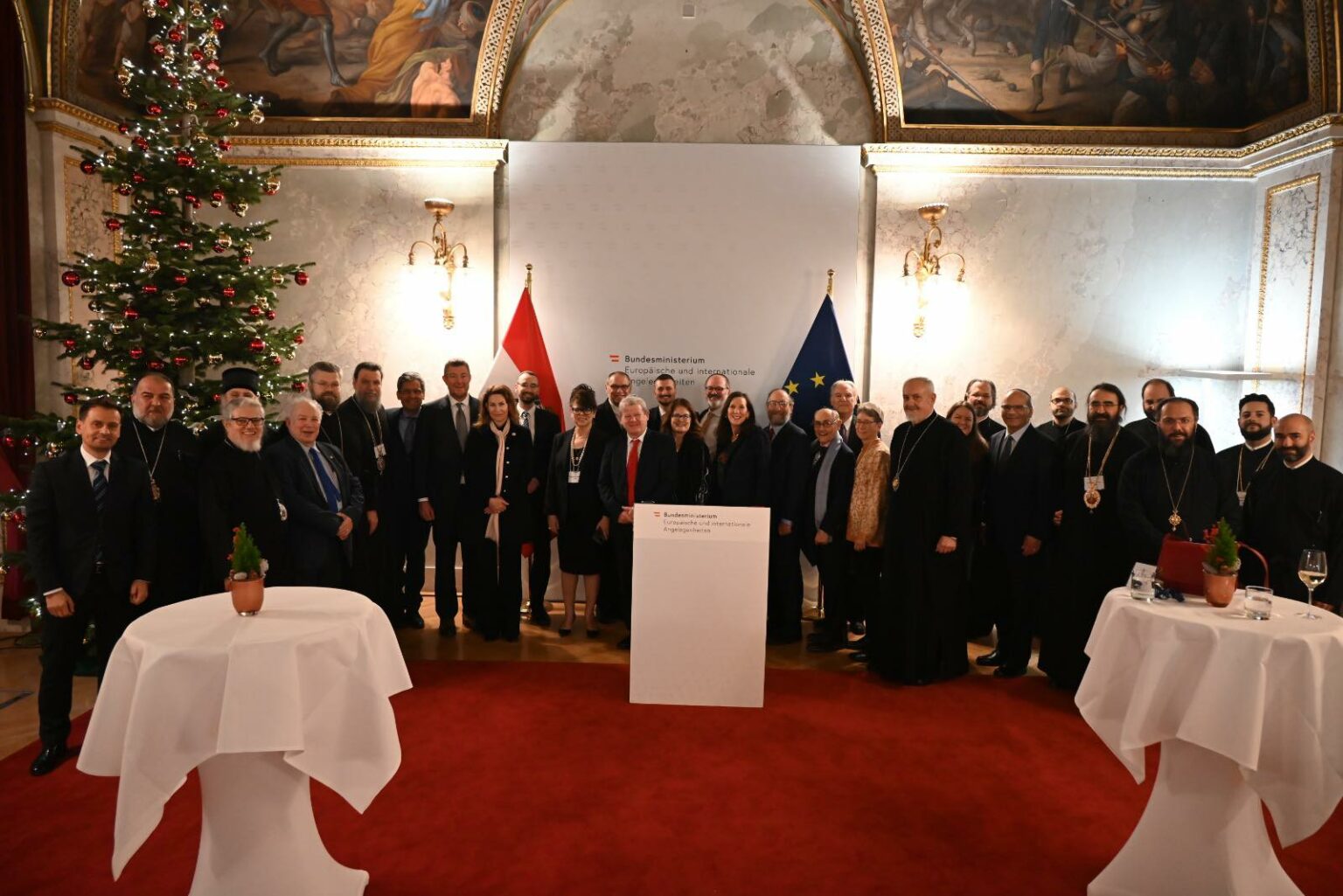 On the first morning, the first of three academic sessions began with presentations on “The Sources that Define Our Relations to the World and to Each Other” by IJCIC Vice-chair Rabbi Mark Dratch, Executive Vice President, Rabbinical Council of America, and the Very Reverend Alexander Rentel, Chancellor, Orthodox Church in America. Rabbi Dratch presented an overview of the Jewish tradition’s understanding of the other and it’s relationship with secular authorities. Rev. Rentel spoke about the Orthodox canonical tradition. Dr. Gary Vachicouras of the Ecumenical Patriarchate served as moderator.

The first afternoon session, entitled “Living Out the Sources: As a Majority, as a Minority Facing Contemporary Challenges,” included papers by His Eminence Metropolitan Gabriel of Nea Ionia and Philadelphia and Rabbi Lea Mühlstein, the Ark Synagogue, London and International Chair, Arzenu, the Reform/Progressive Zionist movement. Metropolitan Gabriel focused on Orthodox Christian-Jewish relations in Greece and Rabbi Mühlstein focused on Jewish minority experiences in Germany and Britain and the majority experience in Israel. Former IJCIC Chair, Ms. Betty Ehrenberg of the World Jewish Congress served as moderator.

On the second morning, the theme, “Teaching Our Sources and Roles to Ourselves and Each Other” was addressed by IJCIC Treasurer Rabbi Shoshana Boyd Gelfand, Director, Leadership and Learning, Pears Foundation, representing the Rabbinical Assembly and the Reverend Deacon Dr. Michael G. Azar, University of Scranton, Pennsylvania. Rabbi Boyd Gelfand taught texts which exemplified Judaism’s evolution from antiquity through modernity and Deacon Azar surveyed the history and focus of the Orthodox Christian-Jewish dialogue. His Grace Bishop Jovan of Pakrac and Slavonia served as moderator.

In the final afternoon session, introduced by Rabbi Richard Marker, the assembled divided into groups to suggest actionable proposals based on the call-to-action presented to the Ecumenical Patriarch during his meeting with IJCIC in New York on November 2, 2021.

The final Communiqué, drafted by IJCIC immediate past chair Rabbi Noam Marans of the American Jewish Committee and Fr. Nicolas Kazarian of the Greek Orthodox Archdiocese of America, was shared, discussed, and finalized by the participants.

At the final session, Metropolitan Emmanuel and Rabbi Dr. David Sandmel offered concluding statements, expressing the hope and optimism engendered at the Consultation and determination to intensify and expand the dialogue.