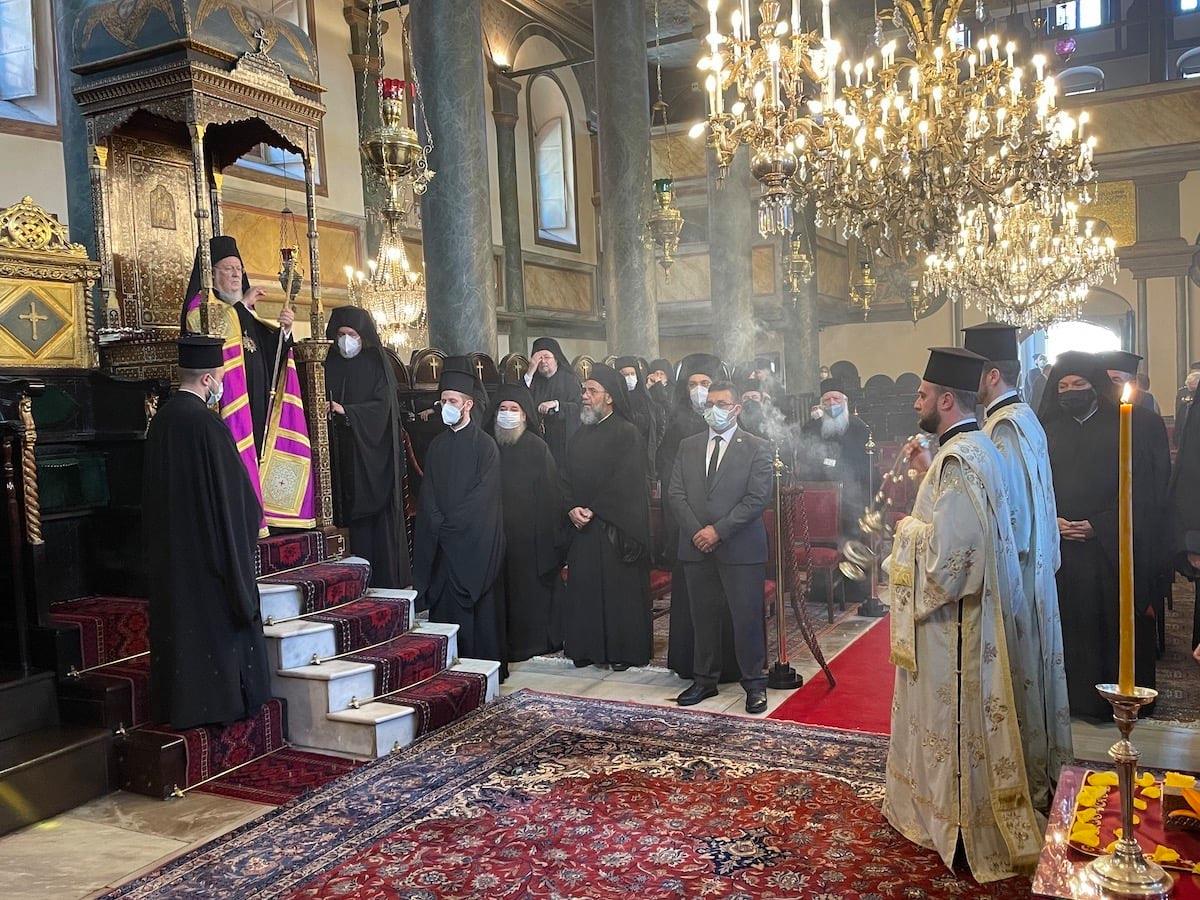 His All-Holiness Ecumenical Patriarch Bartholomew celebrated His Name’s Day on 11 June 2021 at the patriarchal church at the Phanar on the feast of the Holy Apostles Bartholomew and Barnabas. The service was attended by hierarchs of the Ecumenical Throne, delegations of the Autocephalous Churches of Cyprus and Ukraine, Abbots from Mount Athos, clergy, monks and nuns, archons of the Ecumenical Throne, the Deputy Foreign Minister of Greece Mr. Konstantinos Vlasis, the Ambassador of Greece in Ankara Mr. Michael-Christos Diamesis, the former Deputy Minister Mr. Antonis Diamataris, Mrs. Georgia Sultanopoulou and Mr. Oleksandr Gaman respectively Consuls General of Greece and Ukraine in Istanbul, community leaders, students of the Patriarchal Great School of the Nation together with their principal and teachers, faithful from Istanbul and pilgrims from abroad.

After the Divine Liturgy, His Eminence Elder Metropolitan Emmanuel of Chalcedon greeted His All-Holiness on behalf of the hierarchy. Then wishes were conveyed on behalf of the Greek Government by the Deputy Foreign Minister Mr. Konstantinos Vlasis. A heartfelt greeting from the President of Ukraine Mr. Volodymyr Zelenskyy was also read by the Consul General of Ukraine Mr. Oleksandr Gaman. Wishes to His All-Holiness were also expressed in writing and by telephone by Primates of Churches, Heads of State, Prime Ministers and political leaders, ministers, hierarchs, religious ministers and many personalities, as well as many believers of all nationalities from all over the world.