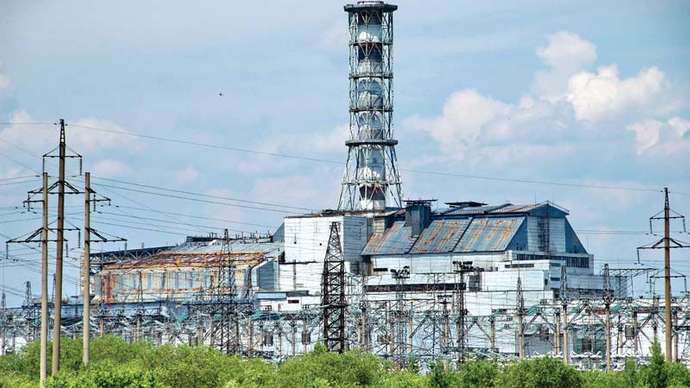 On the 35th anniversary of the Chernobyl disaster, His All-Holiness Ecumenical Patriarch Bartholomew honored the victims of the tragedy and urged them not to forget its lessons in a special video address to the discussion of the Kyiv Security Forum, organized by the Arseniy Yatsenyuk Foundation Open Ukraine. According to him, the use of nuclear energy for peaceful purposes during the 1950s and 1960s was a promising hope for humanity, but “the dreadful Chernobyl accident reminded us all how premature and impetuous was such an attitude and expectation.” In this regard, Patriarch Bartholomew stressed that humanity should never forget the tragic consequences of its own failures and learn to say “no” to technologies with harmful effects on the environment.

The Chernobyl disaster was a nuclear accident that occurred on 26 April 1986, at the No. 4 reactor  in the Chernobyl Nuclear Power Plant, near the city of Pripyat in the north of Ukraine. It is considered the worst nuclear disaster in history both in terms of cost and casualties, and is one of only two nuclear energy accidents rated at seven — the maximum severity — on the International Nuclear Event Scale, the other being the 2011 Fukushima Daiichi nuclear disaster in Japan.

The message reads as follows:

In the morning hours of April 26,1986, – as the Orthodox Church was preparing to enter Holy and Great Week to commemorate the Crucifixion of our Lord and celebrate the joy of His Resurrection – the people of Ukraine suffered the worst nuclear disaster in history, at the Chernobyl power plant.

Today, exactly thirty-five years later, as Orthodox Christians once again have entered the Week of the Holy Passion of our Savior, the echoes of those explosions – the repercussions of which were felt far and wide in the then Soviet Union – still ring in our minds and our hearts.

On this solemn anniversary, we mourn the casualties of this catastrophe that not only extended to Ukraine’s neighboring countries in the North and West, but affected even more so the broader region in the South and East, generating waves of ecological destruction, along with permanent damage to health and loss of human life.

During the decades of 1950s and 1960s, the use of nuclear power for peaceful purposes was a promising hope for humanity. Many believed that this was the decisive solution to the energy needs on a global scale. This optimism prevented even the specialist scientists from predicting and evaluating the possible hazards that were connected with the safety operation system of the nuclear power plants and with the management of radioactive waste. The dreadful Chernobyl accident reminded us all how premature and impetuous was such an attitude and expectation.

With this painful background of our experience and knowledge today, how can our suffering and sorrow bring redemption and transformation to us as conscientious citizens more than a generation later? How can a wasteland of devastation not prove a wasted opportunity to honor the victims, both human and ecological?

First, we must always remember. We must never forget the tragic consequences of our failures. We must recall the names of all those, known and unknown, who lost their lives as a result of human actions. And we must assume responsibility for these actions.

Memory is a powerful attribute in religion, and particularly in Christianity. Because it can become a cathartic force for reconciling the past, transforming the present, and shaping the future. That is the power of repentance.

Second, we must learn to say “No!” to technologies with harmful effects on God’s sacred and sensitive gift of creation. As we pray in Psalm 23: “The earth and everything in it belongs to God.” We have to obey to the “ecological imperative” to respect and protect the natural environment and to disregard the contemporary “technological imperative,” which commands us to accomplish whatever is technologically attainable without taking into consideration its broader consequences for our life and our natural οίκος.

Along the same lines, we can no longer assess our success purely in terms of financial gain. An economic system that aims only to the maximization of profit actually threatens social cohesion and solidarity. Economic development should go hand in hand with social justice, with the struggle to combat inequality and poverty and with the safeguarding of the integrity of the natural environment. That is the model of repentance.

And finally, we must learn to say “Yes!” to another ethos, an alternative system of values, a different way of life: one that affirms the beauty and dignity of all people and all things. Our choices and actions affect every detail of our planet and impact the future of the generations to come.

Perhaps the greatest lesson that we can take from Chernobyl is that we share the world with all people and every living creature. Our world is one, united and unique. Pollution knows no borders. We all are called to learn the importance of restraint and respect, the hope for a cleaner and safer world, for clean and safe energy, which is indeed today available and viable. That is the way of repentance.As the Mother Church of our beloved people in Ukraine, we wholeheartedly pray that the memory of Chernobyl will not be in vain. Instead, let it be eternal and transformative.