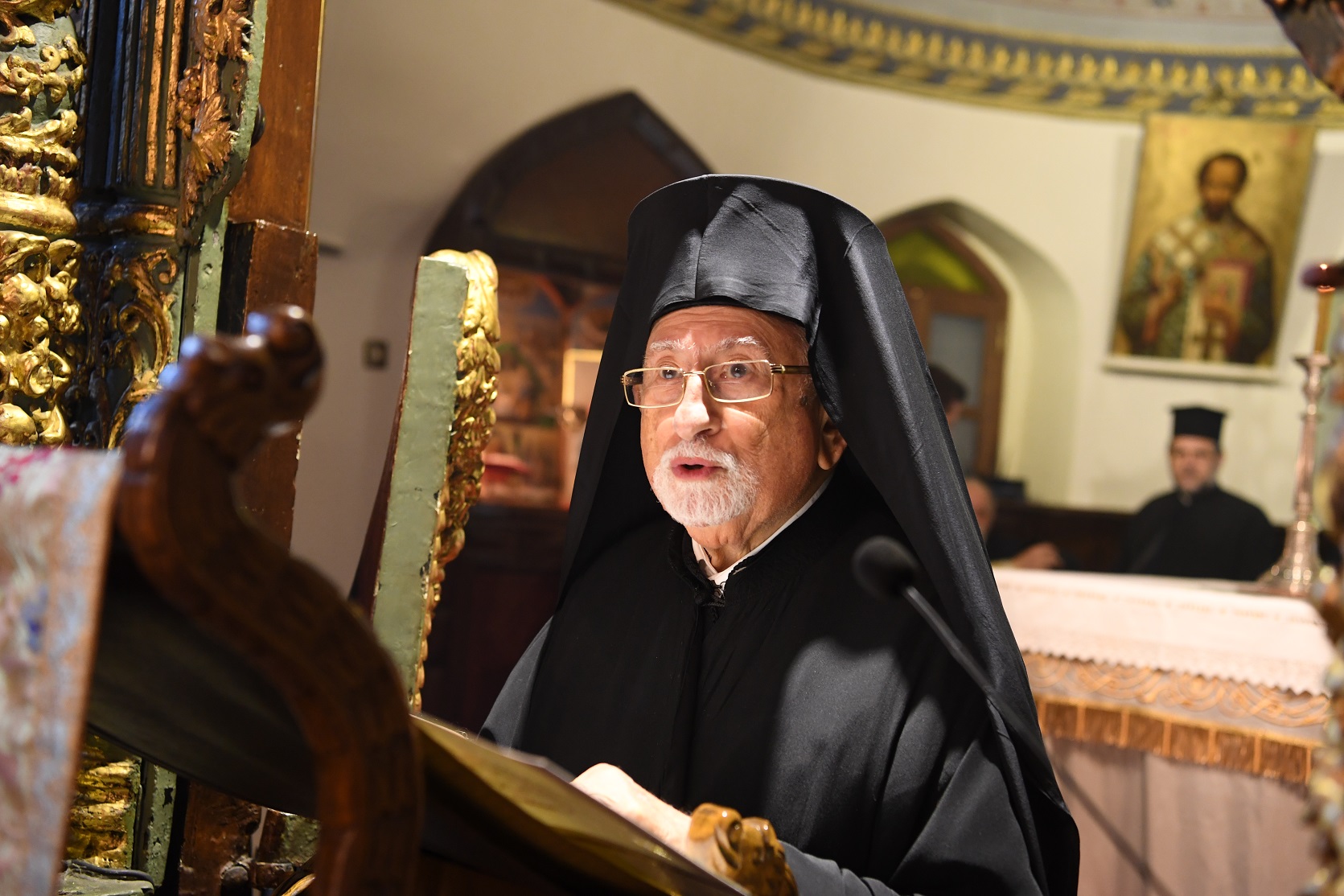 The distinguished hierarch Constantine (Harissiadis) was born in Chalcedon on 23 July 1929. He graduated from the Theological School of Halki in 1950. He was ordained a deacon on 17 December 1950 by Metropolitan Iakovos of Derka and priest on 22 April 1956. He served as deacon of the Community of Saint George Makrochori of the Metropolis of Derka (1950-1952) and then as archdeacon of the Metropolis of Derka (1952-1953). From 1956 to 1962, he served as secretary of the Theological School of Halki. From 1962 to 1966, he continued his theological studies at the Catholic University of Paris. On 15 November 1966, he was appointed professor at the Theological School of Halki. On 16 January 1972, he was ordained titular Bishop of Apollonia, auxiliary bishop of the Archdiocese of Constantinople, at the Patriarchal Church of Saint George at the Phanar. The ordination was performed by Metropolitan Meliton of Chalcedon, assisted by Metropolitans Maximos of Laodicea, Ieronymos of Rodopolis, Symeon of Irinoupolis and Gabriel of Kolonia. He served as the hierarchical head of the Tataoulon district in Constantinople from March to July 1972 and as Grand First Chancellor of the Patriarchate from July 1972 to March 1974. On 26 March 1974, he was elected Metropolitan of the Princes’ Islands and on 15 March 1977, Metropolitan of Derka. On 29 August 2011, he was elected Senior Metropolitan of Nicaea.