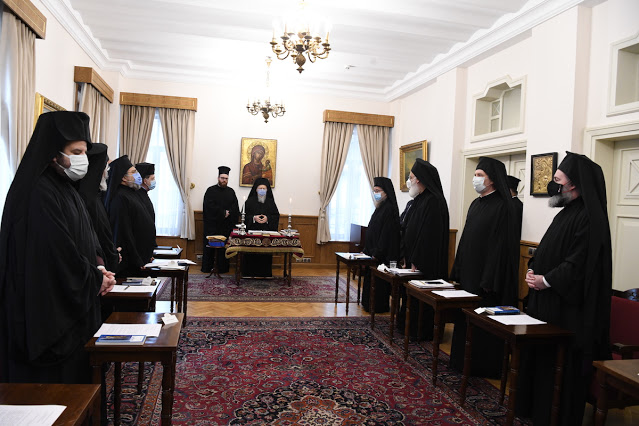 During its meeting, it proceeded to the election of four hierarchs. His Eminence Metropolitan Emmanuel of France was elected as Senior Metropolitan of Chalcedon, in replacement of the former Metropolitan of Chalcedon Athanasios who was put into retirement. His Grace Bishop Kyrillos of Abydos, Professor at the University of Athens and at the Institute of Post-Graduate Studies in Orthodox theology in Chambésy, was elected Metropolitan of Krini and was appointed Patriarchal Exarch at the head of the newly constituted Exarchate of Malta. Also, the Holy Synod proceeded to the elections of auxiliary bishops for the Archdiocese of Thyateira and Great Britain at the request of His Eminence Archbishop Nikitas of Thyateira and Great Britain: the Very Reverend Archimandrite Raphael Pavouris was elected Bishop of Helios and the Very Reverend Archimandrite Iakovos Savva was elected Bishop of Claudiopolis.

Among other things, the Holy Synod reorganized the Synodal Committees in order to ensure their more efficient operation and appointed Archon Paris Asanakis, Lawyer in Piraeus, Athens, Greece, to the position of Legal Adviser of the Ecumenical Patriarchate.