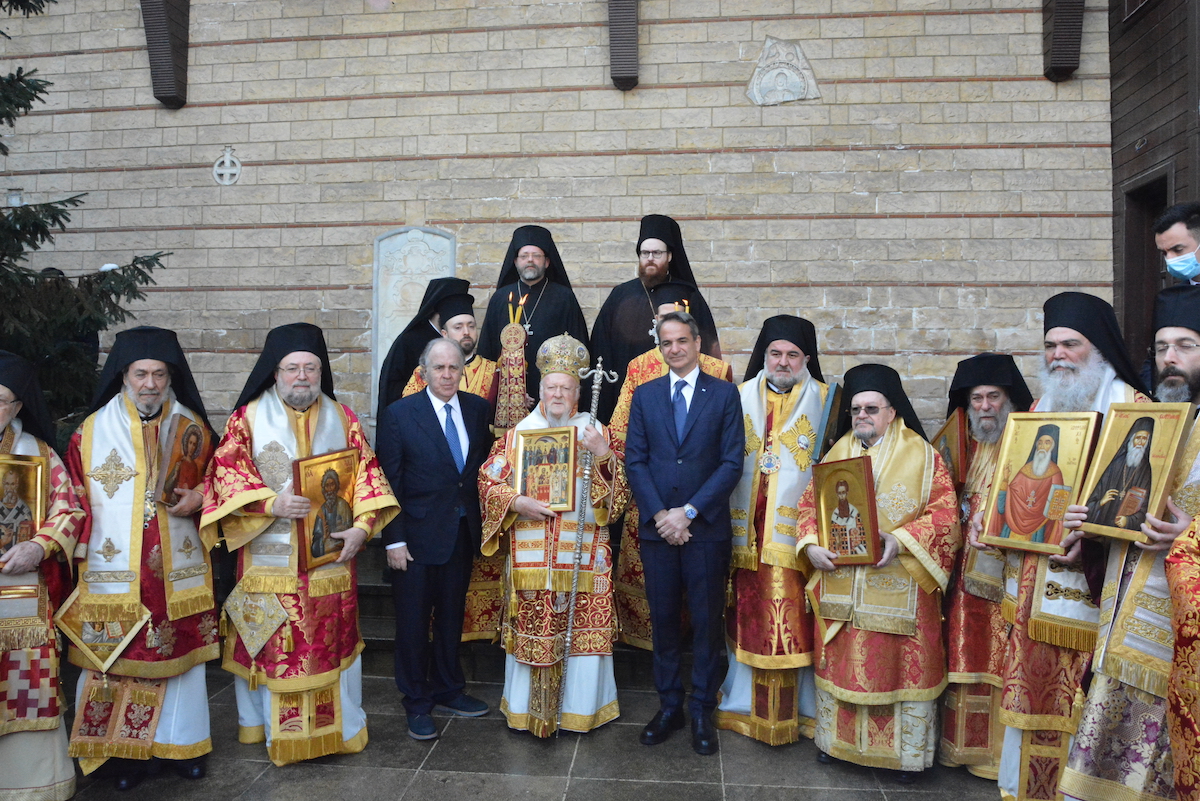 The Sunday of Orthodoxy was celebrated with all solemnity due to the centuries-old tradition on 13 March, 2022, at the Phanar in the presence of the Prime Minister of Greece Mr. Kyriakou Mitsotakis. The Divine Liturgy was preceded by His All-Holiness the Ecumenical Patriarch Bartholomew, assisted by theirs Eminences Elder Metropolitan Demetrios of the Princes’ Islands, Archbishop Nektarios of Anthidonos, Representative of the Holy Sepulcher in Constantinople, and Metropolitans Seraphim of Sevastia, Irinaios of Myriophytos and Peristasis, Chrysostomos of Myra, Nikandros of Irinopolis, Polykarpos of Italy, Amphilochios of Adrianopolis, Gerasimos Petra and Cheronissos and Andreas of Saranta Ekklisies. During the celebration, the monk Barnabas was ordained a deacon from the Monastery of the Holy Patriarchal and Stavropegial Monastery of Saint John the Baptist in Essex (Great Britain). The solemn homily was pronounced by His Eminence Archbishop Nikitas of Thyateira and Great Britain.

Hierarchs of the Ecumenical Throne, clergy, monks of Mount Athos and Archons of the Great Church of Christ were also present as well as the Ambassador of Greece to Turkey and members of the official Delegation that accompanied the Prime Minister of Greece, the Consuls General of Greece and Ukraine in Istanbul and many believers from the city and abroad.

Prior to the ordination of the new deacon, the Ecumenical Patriarch, in his speech, referred to the tragic events unfolding in Ukraine and called for an immediate end to the invasion and war and for a new opportunity for dialogue. At the end of the Divine Liturgy, His All-Holiness with the collaborating Hierarchs performed the established memorial prayer for the rest of the souls of all “those who fought for the Orthodox faith and died in it”. In a short greeting to the Prime Minister of Greece, His Holiness warmly welcomed him to the see of the First Throne of Orthodoxy, and in his person thanked the Greek State for its continued interest in the issues of the Ecumenical Patriarchate. He wished him a successful upcoming meeting with the President of the Republic of Turkey, and again referring to the dramatic situation in Ukraine, reiterated the support of the Ecumenical Patriarchate to the agressed Ukrainian people. The procession of the Holy Icons followed in the courtyard of the Patriarchate during which the Ecumenical Patriarch blessed the faithful.