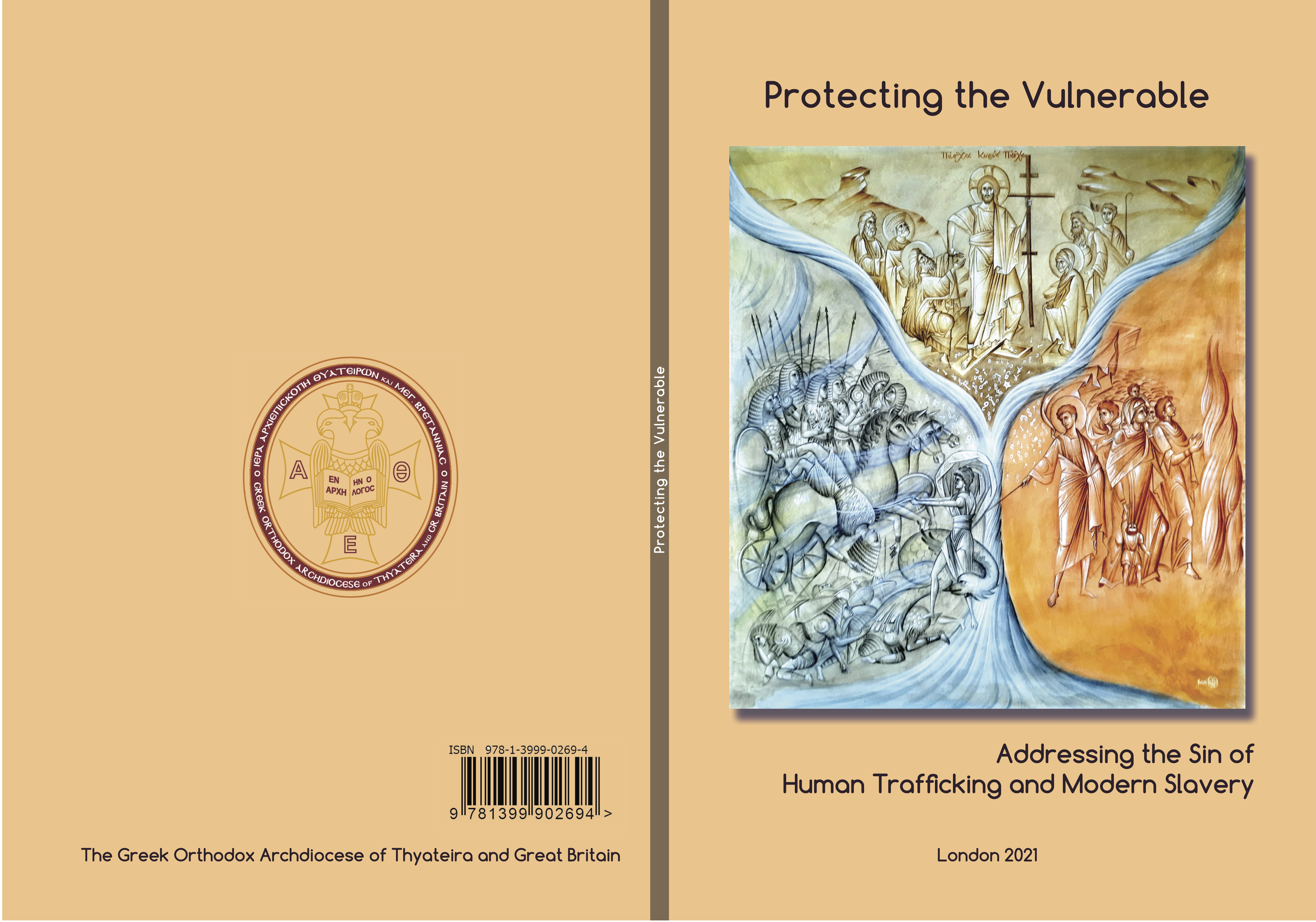 Globally recognized for his prescience in advocating for responsible stewardship of the natural environment over the last three decades, His All-Holiness Ecumenical Patriarch Bartholomew has recently called upon his flock to take a much more critical look at the ways in which modern society fails to safeguard the dignity of the human person. Toward this end, His Eminence Archbishop Nikitas was appointed coordinator for the Ecumenical Patriarchate’s Task Force on Modern Slavery and has been consulting and working with specialists from around the world to raise awareness of the complexities and challenges surrounding modern forms of enslavement.

Inspired by the visionary pastoral initiatives of the Ecumenical Patriarch and under the direction of Archbishop Nikitas, the Greek Orthodox Archdiocese of Thyateira and Great Britain is pleased to present its own contribution to these efforts in the form of an informational booklet entitled Protecting the Vulnerable: Addressing the Sin of Human Trafficking and Modern Slavery. This collection of five reflections is not an exhaustive treatment of modern slavery, but a valuable introduction to the topic gathered from the diverse personal experience and professional expertise of five different members of the Archdiocese. We pray that each of the perspectives in this offering will educate, awaken, and refine our spiritual senses toward the hidden subjugation and suffering taking place all around us.